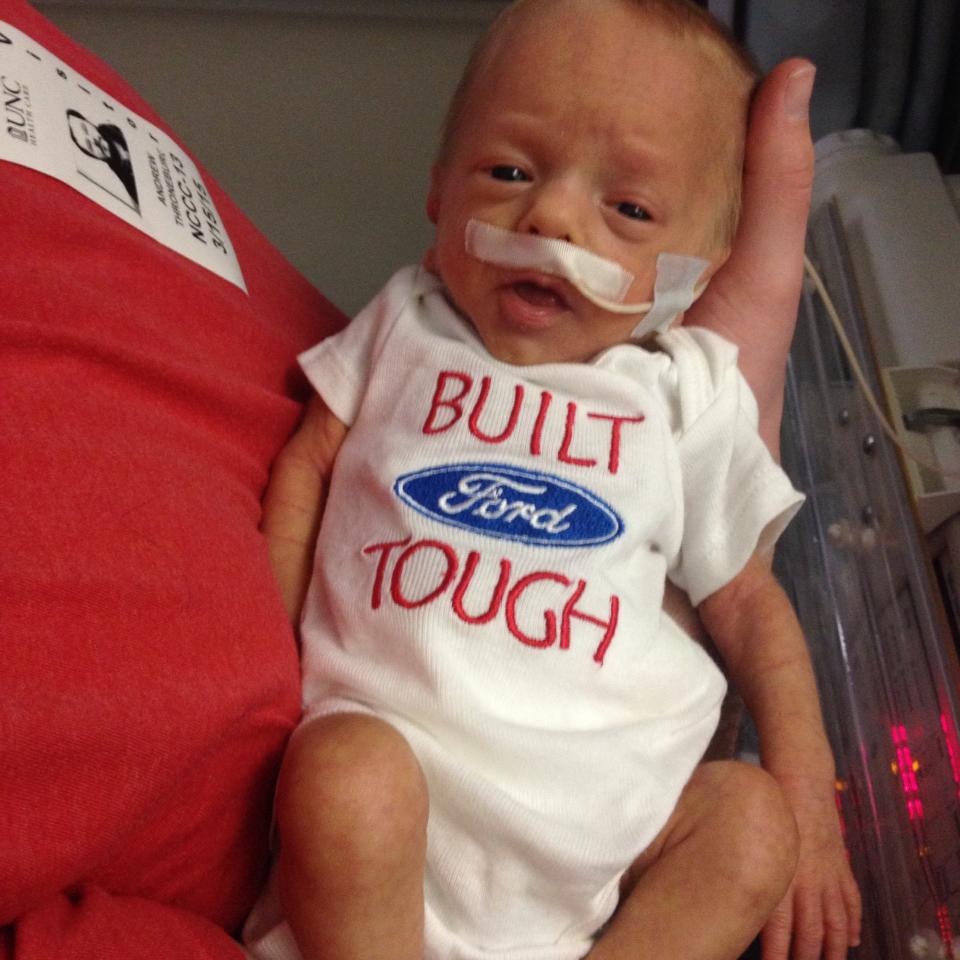 I thought the worst part of my day would be drinking that awful fruit drink for my glucose test, but at a routine doctor’s appointment for my second baby, my world quickly turned upside down. I had requested an additional ultrasound because the ultrasound tech wasn’t 100% sure that we were having a boy. And since I was considered high-risk due to having preeclampsia during my first pregnancy, my doctor was happy to schedule a 27-week ultrasound.

I anticipated finding out my baby’s gender (funny enough they still couldn’t get a good look), but instead found out that my baby was small for its gestational age. I was admitted into Rex Hospital a few hours later, and was transferred out to UNC Hospital the following day. The goal was to stay pregnant for as long as possible, but my baby’s oxygen supply was compromised due to an underdeveloped placenta, so the doctors had to perform an emergency c-section on January 15th, 12 weeks before my due date.

Ford William Throneburg made his grand entrance into the world at a whopping 1lb, 15oz. The name Ford was appropriate, as we deemed that he was #BuiltFordTough (a hashtag that would soon convince people that he was named after the car and not the president). We were no strangers to the NICU, as our first son, Lincoln, was born at 30 weeks. But what we weren’t prepared for were complications from necrotizing enterocolitis (NEC) that would lead to four surgeries and a five and a half month stay in the hospital! We live over an hour away from UNC Hospital, and we couldn’t bear the thought of leaving our tiny baby as my discharge day grew closer. A case manager from the NICU told us about the Ronald McDonald House of Chapel Hill and put in a referral for us. She warned us that spaces were limited, and that we should call the day I was being discharged to see if a space was available. We were fortunate enough to get a space right away, and we were so thankful!

Staying at the Ronald McDonald House of Chapel Hill relieved a lot of stress for us. Not only did we have a place to stay that was close to Ford, but volunteers provided us with all of our meals, as well as provided activities for us, such as chair massages and therapy dogs (two of my favorites). It also gave us a new support system. We met several parents that were going through the same situation as us, and those were the ones we turned to when we needed to cry, laugh or pray. We cheered for each other when our babies met a milestone, and we hugged each other when there was a setback. Hearing stories from others gave us a sense of hope. It was bittersweet when a family moved out. We were excited that they would get to take their child home, but sad that we would lose that support, and even more sad that we weren’t going home, too. But soon another family would move into the house, and we would build that support system all over again.

When friends came to visit the, they always had to pose for a picture with Ronald himself! Illuminate. The Conference for Raleigh Small Business Women of Raleigh. 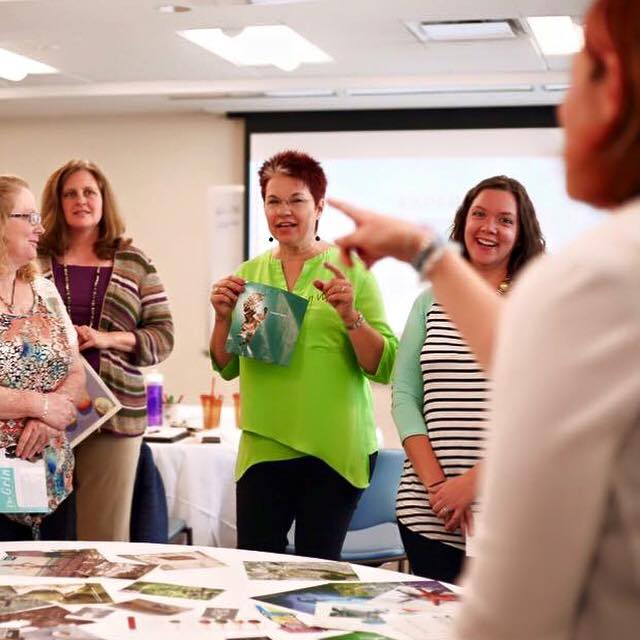